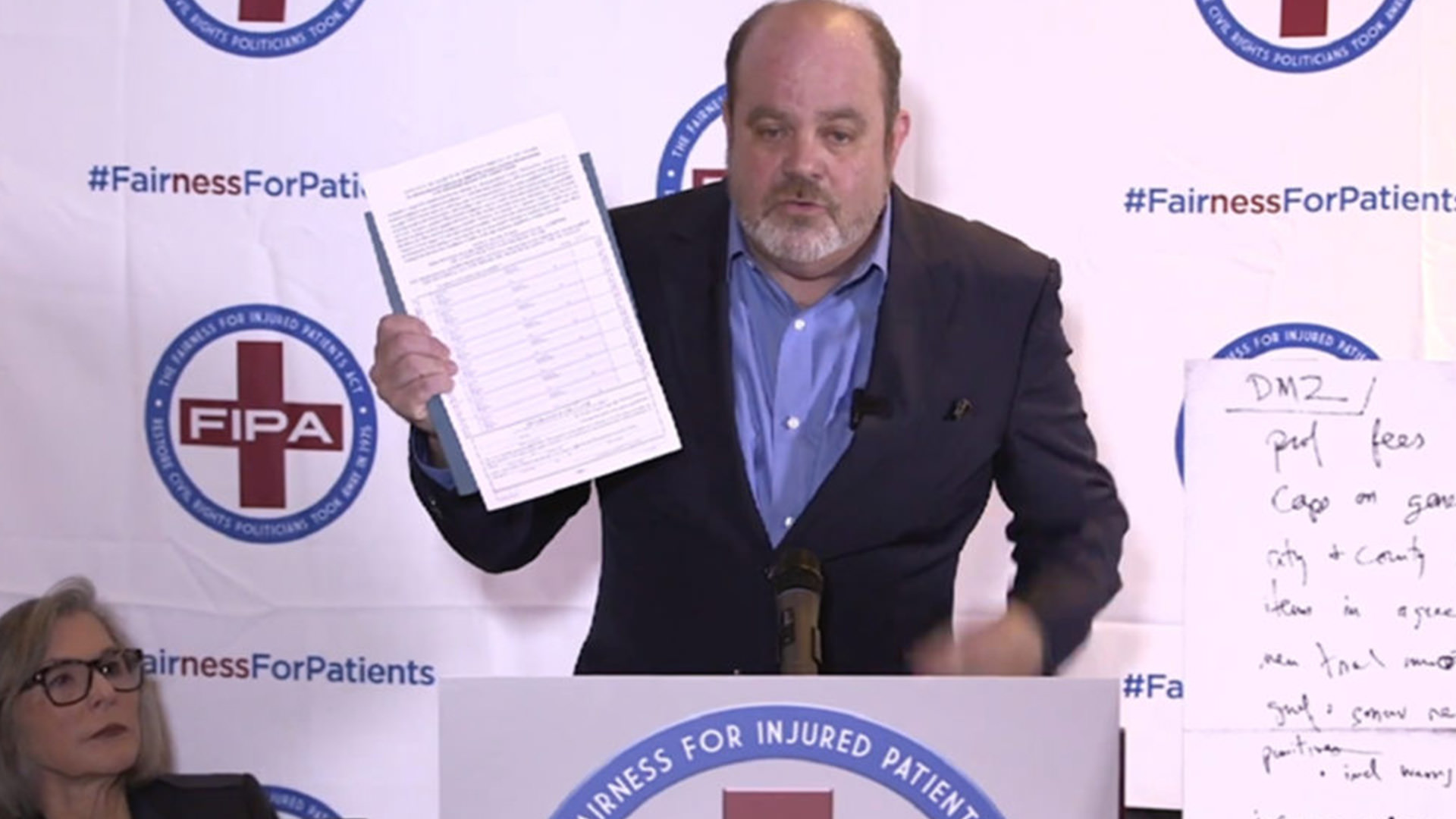 California law caps damages for pain and suffering in medical malpractice lawsuits at $250,000. The cap was set in 1975 and has not increased. The “Fairness for Injured Patients Act,” filed Thursday, would tie the cap to inflation, which would raise it to more than $1.2 million.

California voters can enact their own laws outside of the state Legislature by putting initiatives up for a public vote. To qualify for the ballot, proposed laws must get signatures of at least 5% of voters who cast ballots in the previous election for governor. For the November 2020 ballot, that means supporters need to collect more than 623,000 signatures.

Scott Olsen and Bree and Nelson Moreno filed the initiative.

In 1992, Olsen’s then-2-year-old son was permanently disabled from a head injury — injuries he said were compounded by medical malpractice. A jury later awarded the family $7 million, but the money was reduced to $250,000 because of the cap.

The Morenos say their infant daughter was permanently injured following surgery and will require lifelong care. They have a pending lawsuit that could benefit from an increased cap.

“The jury in Mia’s case should be free to make a full decision that addresses her life-long injuries that is not overridden by the one-size-fits-all compensation cap set 45 years ago by politicians in 1975 and never adjusted,” Bree Moreno said in a news release.

A similar proposal made it to the ballot in 2014 that would have also imposed random drug and alcohol tests on doctors. But it failed by more than 66% of the vote. A coalition of medical groups raised nearly $60 million to defeat it, arguing that increasing lawsuit awards would have raised health care prices for everyone.

“While we are still reviewing the details of the initiative, we know it includes many provisions that would hurt access to health care, especially for California’s most vulnerable populations,” said Lisa Maas, executive director of the group Californians Allied for Patient Protection, which opposed the 2014 proposal.

Jamie Court, president of the advocacy group Consumer Watchdog, said he is counting on a more progressive electorate in 2020, when President Donald Trump will be on the ballot. Polls show most California voters disapprove of Trump.