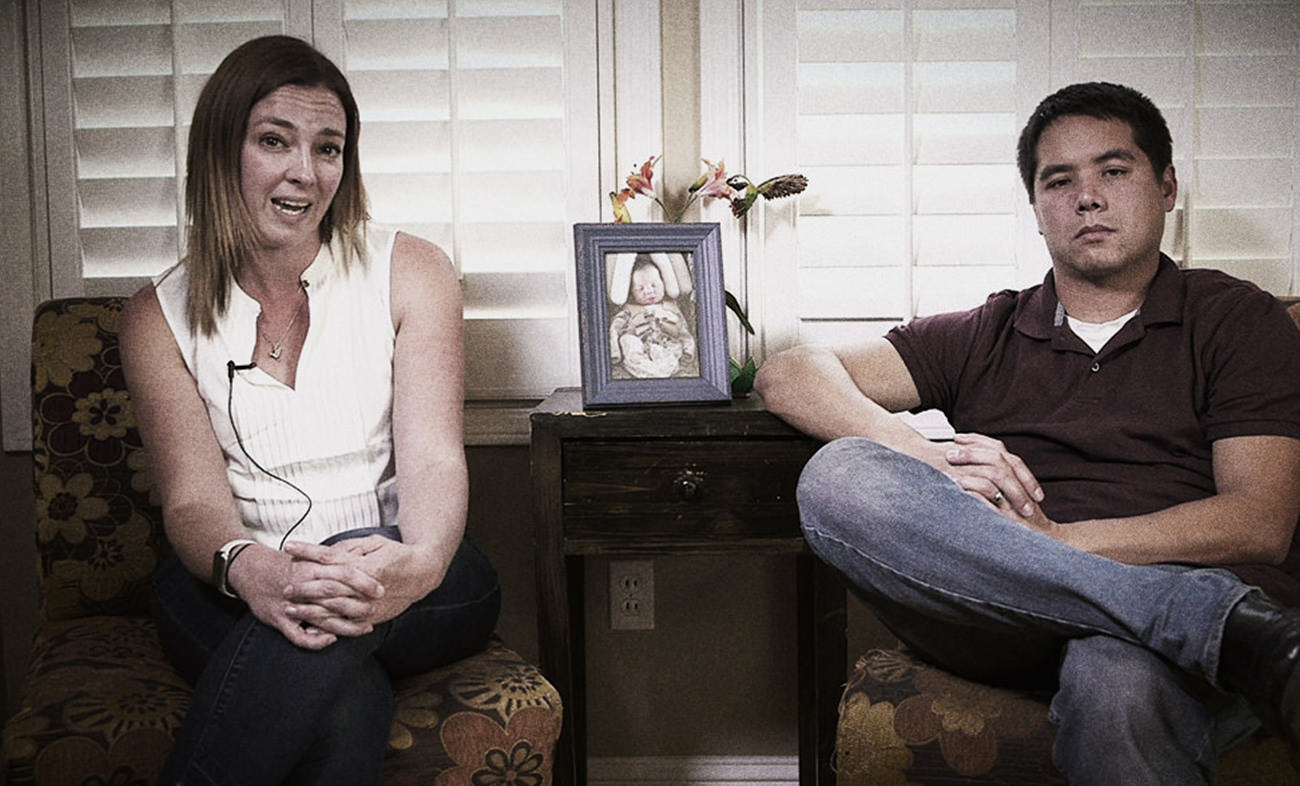 Jamie Maraviglia’s pregnancy and delivery with her daughter Naya was fairly routine and uneventful. After Naya’s birth, Jamie and her husband Dan were excited to bring their daughter home and enjoy their new family of four. Everything appeared to be fine at first, but Naya did not have a bowel movement within the first 24 hours of birth and was refusing to eat. Jamie and Dan were concerned but were told by their pediatrician that Naya was fine and to keep trying to get her to eat. Believing that the hospital would never send their baby home if they suspected anything was wrong, they took her home.

When they arrived home, it was extremely stressful. Naya was lethargic and they had to keep waking her up for feedings. She refused to breast or bottle feed and when her father would try to feed her with a syringe, she would spit it out. Jamie and Dan kept telling the doctors that something was wrong, but no one would listen.

For the next five days, Jamie and Dan’s pediatrician repeatedly told them to keep attempting to feed Naya and give her suppositories to force bowel movements. As her condition worsened, no tests were run. Instead, the parents were told that they were over-exaggerating the situation and needed to try harder. After five days, they were fed up and took Naya to the ER.

Emergency x-rays finally revealed a potential bowel obstruction. Naya was transferred to a hospital in LA and rushed into surgery, but her heart, lungs, and kidneys were failing. Naya survived for another six weeks on life support. Jamie and Dan were ultimately forced to make a decision that no parent should ever have to make. They took her off of life support and Naya died in her father’s arms.

Like most people, Jamie and Dan put a lot of trust in doctors. They did everything they were told to do, yet their baby died. The providers caring for Naya after she was transferred to Los Angeles kept asking them why she was released after birth before she had a bowel movement and why they hadn’t begun testing for Hirschsprung’s Disease. Naya’s life could have been saved if her medical providers had taken her symptoms seriously and began testing. They would have recognized the clear-cut symptoms of Hirschsprung’s Disease Naya was exhibiting and began testing her bowel function and biopsied her rectum and colon. The tests would have shown that she had Hirschsprung’s disease, a disease that is extremely treatable if detected early.

Life following Naya’s death was a very dark time for Jamie and Dan. Losing their daughter just a few days before their first anniversary put their entire married life in extreme stress. They lost their sense of trust and changed the way they look at the world. Their sense of justice is gone.

The couple talked to several attorneys but were told it was impossible to take their case to court due to the law passed in 1975 that limits compensation when children die due to medical negligence. There was nothing they could do to seek justice for Naya.

Arroyo Grande, and the whole San Luis Obispo area, is a very small community. As they were trying to cope with their loss, they kept running into the pediatrician around town. She never took responsibility, even when the couple tried following up with her after Naya’s death. If they had access to a courtroom, they believe that it would have forced some accountability and a change in protocol. It would never make up for what happened, but it could save another infant’s life. Since nothing was learned from their tragedy and nothing has changed, they absolutely believe it could happen to someone else. Their daughter motivates them to advocate for other injured patients. She was robbed of her voice. They want to make sure another family does not have to face this tragedy.