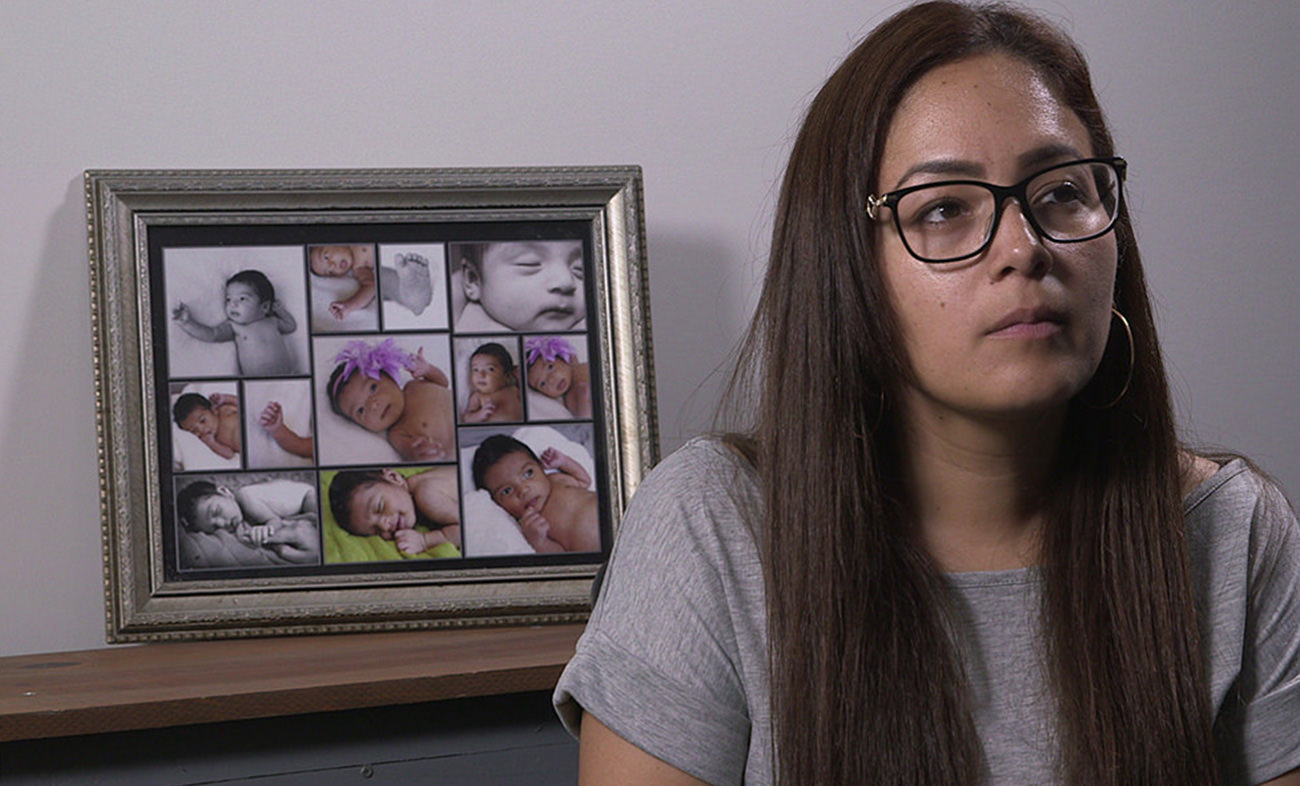 Alejandra Gonzalez took her six-week old infant, Mia, to medical providers four times in eight days. A mother of three, Alejandra knew when one of her children was not okay. But at each visit and with each call to her doctors, Mia’s symptoms were downplayed and Alejandra was told to take little Mia home.

On the eighth day, Alejandra took Mia to the Emergency Room. That would be the last time Alejandra held her first and only daughter.

Mia was born May 27th, 2010. She was Alejandra’s third child. She was a happy and healthy infant who was adored by her older brothers.

When Mia developed a cough that disrupted her sleep, Alejandra got concerned. Mia was wheezing and coughing up phlegm. It was clear to Alejandra that her daughter was suffering from something more than a common cold.

Alejandra shuttled her daughter to a clinic near their home in the Los Angeles County community of La Puente. The pediatrician, a doctor the family had worked with for six years, sent Alejandra and Mia home. That was on a Thursday.

The following weekend, Mia began turning purple when she coughed. Alejandra took her to the Emergency Room where Mia was given a chest X-Ray. The providers did not detect pneumonia and sent the tiny, swaddled Mia home.

By Monday, Mia had not improved. Alejandra took her child back to their primary care physician who gave Mia a breathing treatment. With no improvement by Tuesday, Alejandra once again brought Mia into the clinic, where she was treated again, this time with antibiotics and Tylenol. When Alejandra called the following day, a Wednesday, to report no improvement, the physician seemed unconcerned and suggested nothing was amiss.

Alejandra was diligent. Her daughter’s condition was not improving and she had been sent home too many times. She brought Mia back to the Emergency Room on Thursday, a week after she had first started seeking treatment for her daughter’s symptoms.

It was on that Thursday visit that Mia was finally diagnosed with whooping cough. But it was too late. That day Alejandra received the heartbreaking news that her daughter’s heart had stopped.

Again and again, Alejandra had returned to medical providers who failed to diagnose Mia, even though a whooping cough epidemic was sweeping the city at the time. Unbeknownst to their family, medical providers and facilities in the county had been warned to keep their eyes out for the symptoms. Be on guard, they were warned, because the initial symptoms of whooping cough in infants can resemble those of the common cold—just the type of symptoms Mia exhibited when she was brought in for care on four separate occasions.

Infants under three months old, like Mia, are most at risk when they develop whooping cough. But had providers run a simple blood test or done a nasal swab, they would have been able to confirm Mia’s diagnosis and the standard treatment would have certainly prevented the six-week old’s death. Additionally, the antibiotics that Mia’s physician administered on the Tuesday before her death may have put her at greater risk, compromising her body’s ability to fight the infection.

Because of California’s 45-year-old cap on compensation for injured patients, Mia Chavez’s life, with all the potential it held, all the joy she brought to her parents and siblings, and all the agony her family went through as a result of her death, was worth no more than $250,000. “Why is there a cap?” Alejandra asks, “She was an infant. She could have been an infant, elderly, it’s just a life. It’s just a life like anybody else.”

For most people, $250,000 is not even enough to bring their cases of medical negligence to the courts. It was barely enough to hold Mia’s physician accountable.

Ultimately, Alejandra knows that it’s never going to be enough. “If it were up to me, you can keep all the money you want, if you could just give me my daughter back. I would be more than happy. But that’s not how it works.”

What Alejandra cannot forgive is a system that makes it often impossible for families like hers to seek justice. She believes that an adjustment to the 1975 cap on compensation will encourage providers to improve their standards of care and address cases of negligence as seriously as the victims and families do.

1 day ago
by admin

4 months ago
by admin

Having collected 900,000 signatures and raised over $4 million, the survivors of medical negligence behind a California