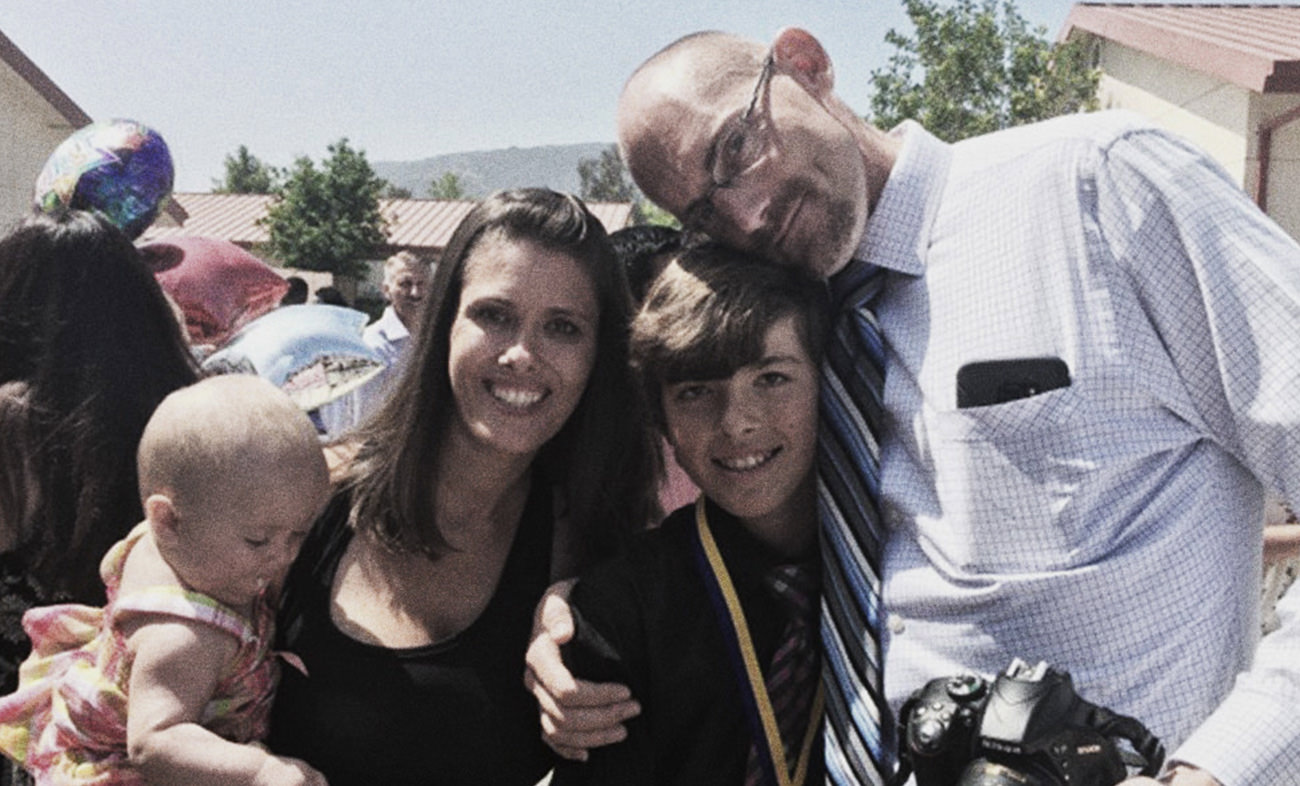 Joe Allen is a U.S. Army veteran who proudly served our country as a Specialist/Combat Engineer in the Kosovo conflict. In civilian terms, Joe blew things up. Honorably discharged after three years of service, he went on to build a successful career in sales. Devoted to his young family, he worked two jobs building a successful business managing accounts and job sites while working in the construction industry.

Joe and his wife Amber worked as a team. It was a constant exercise in organization to get five active children to all of their activities. In baseball season, Joe would take his son to baseball while his wife took the girls to dance. Joe also coached his son’s little league and hockey teams. Although he worked two jobs, Joe came home every day and cooked dinner for his family. It was very important to Joe to feed his children, nourish them, and help them become healthy, well rounded children. Now, Joe is bed-bound because of medical negligence, forced to watch Amber do everything for their family. His inability to provide for and care for his family has destroyed him.

Joe’s job required him to be active and on his feet. He was a healthy man and worked out with his son at the gym, but he developed arthritis in his right knee due from his military service. He suffered with continual pain, and finally, in November 2018, Joe decided to have a simple outpatient procedure to improve mobility in his right knee so he could keep up with his job. He expected to be back at work in four weeks. Instead, after the surgery his leg began swelling abnormally and he was in excruciating pain. Joe and Amber followed up with his doctors more than a dozen times over the next two and a half months, but their concerns were dismissed. He was told the swelling was normal and that it would go down on its own.

After all those visits with no resolution, Amber finally convinced Joe’s Kaiser physicians to refer him to a vascular specialist. From the new specialist, they found out that Joe had developed lymphedema, which caused the swelling. The condition came from a blockage in Joe’s lymphatic system after his surgery. It could have been managed simply with compression wraps or bandages on his leg after surgery. The damage caused by his physicians’ failure to properly manage the lymphedema led to him developing CRPS, which is chronic pain in an arm or leg which typically develops after an injury or surgery. The pain is out of proportion to the severity of the initial injury. If Joe had been diagnosed with lymphedema sooner it could have been minimized and the CRPS probably would not have developed. Instead, because of the delays in diagnosis and treatment, Joe has been told his injuries are likely permanent.

In April 2019, Joe lost his job and he is no longer able to walk, let alone work. Their financial future is uncertain. The stress on the family is unbelievable. His young children do not understand why their father is no longer able to work or take care of them. Amber is responsible for providing for Joe’s care and she takes care of the entire family by herself now.

They found an attorney to try and hold the hospital accountable and recover some of what they have lost. But a California law that passed in 1975 stacks the deck against patients seeking justice for medical negligence. The defense lawyers will argue that Joe’s medical bills are covered by public assistance or military health care. And no matter what a jury decides, compensation for Joe’s human damages, including his lost quality of life, his constant pain, and the inability provide for his family or to do all of the things he once did for them, will be capped at just $250,000. The same amount has been in effect for the last 45 years and has never been adjusted. The $250,000 cap is worth just over $50,000 today.

“It has been extremely hard when he is in bed 24/7. There are constant appointments, and we are going on our fourth surgery. Having to manage a household of seven people by myself having to do everything is extremely stressful. It has been emotionally draining on the entire family,” said Amber. Joe’s most recent surgery has not improved his condition, and his doctors are now considering an above-knee amputation of his right leg.